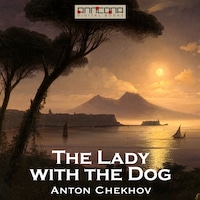 The Lady with the Dog

The Lady with the Dog is a novella by Anton Chekhov first published in 1899. Written while in Yalta, it is considered one of his most famous stories, (also called Lady with Lapdog).

The novella depicts what at first seems a casual liaison between a married man and a married woman in Yalta. Neither expects anything lasting from the encounter, but they find themselves drawn back to each other, risking the security of their family lives.

It tells the story of an adulterous affair between a Russian banker (Gurov) and a young lady (Anna) he meets while vacationing in Yalta. The story comprises four parts: part I describes the initial meeting in Yalta, part II the consummation of the affair and the remaining time in Yalta, part III Gurov's return to Moscow and his visit to Anna's town, and part IV Anna's visits to Moscow.

Vladimir Nabokov declared that it was one of the greatest short stories ever written.

Anton Pavlovich Chekhov (1860-1904) was a Russian physician, dramatist and author who is considered to be among the greatest writers of short stories in history. His career as a dramatist produced four classics and his best short stories are held in high esteem by writers and critics.

Chekhov had at first written stories only for financial gain, but as his artistic ambition grew, he made formal innovations which have influenced the evolution of the modern short story. His originality consists in an early use of the stream-of-consciousness technique, later adopted by James Joyce and other modernists, combined with a disavowal of the moral finality of traditional story structure. He made no apologies for the difficulties this posed to readers, insisting that the role of an artist was to ask questions, not to answer them.