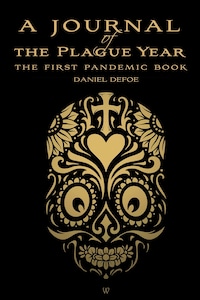 A Journal of the Plague Year

318 Seiten
Autor*inDaniel Defoe
FormatE-Book
Kategorien
SachbuchGeschichteNaturwissenschaftenEnglish
Buch empfehlen
DANIEL DEFOE (1660 –1731), born Daniel Foe, was an English trader, writer, journalist, pamphleteer and spy. He is most famous for his novel Robinson Crusoe, published in 1719, which is claimed to be second only to the Bible in its number of translations. He has been seen as one of the earliest proponents of the English novel, and helped to popularise the form in Britain with others such as Aphra Behn and Samuel Richardson. Defoe wrote many political tracts and was often in trouble with the authorities, and spent a period in prison. Intellectuals and political leaders paid attention to his fresh ideas and sometimes consulted with him.
Defoe was a prolific and versatile writer, producing more than three hundred works—books, pamphlets, and journals—on diverse topics, including politics, crime, religion, marriage, psychology, and the supernatural. He was also a pioneer of business journalism and economic journalism.
A JOURNAL OF THE PLAGUE YEAR is a book by Daniel Defoe, first published in March 1722. It is an account of one man’s experiences of the year 1665, in which the bubonic plague struck the city of London in what became known as the Great Plague of London, the last epidemic of plague in that city. The book is told somewhat chronologically, though without sections or chapter headings, and with frequent digressions and repetitions.
Presented as an eyewitness account of the events at the time, it was written in the years just prior to the book’s first publication in March 1722. Defoe was only five years old in 1665 when the Great Plague took place, and the book itself was published under the initials H. F. and is probably based on the journals of Defoe’s uncle, Henry Foe, who, like ‘H. F.’, was a saddler who lived in the Whitechapel district of East London.
In the book, Defoe goes to great pains to achieve an effect of verisimilitude, identifying specific neighborhoods, streets, and even houses in which events took place. Additionally, it provides tables of casualty figures and discusses the credibility of various accounts and anecdotes received by the narrator.
The book is often compared to the actual, contemporary accounts of the plague in the diary of Samuel Pepys. Defoe’s account, which appears to include much research, is far more systematic and detailed than Pepys’s first-person account.