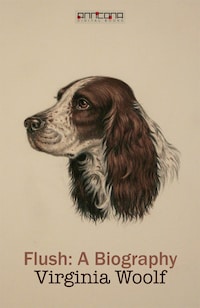 Flush: A Biography, (1933) an imaginative biography of Elizabeth Barrett Browning's cocker spaniel, is a cross-genre blend of fiction and nonfiction by Virginia Woolf published in 1933. Written after the completion of her emotionally draining The Waves, the work returned Woolf to the imaginative consideration of English history that she had begun in Orlando: A Biography, and to which she would return in Between the Acts.

Commonly read as a modernist consideration of city life seen through the eyes of a dog, Flush serves as a harsh criticism of the supposedly unnatural ways of living in the city. The figure of Elizabeth Barrett Browning in the text is often read as an analogue for other female intellectuals, like Woolf herself, who suffered from illness, feigned or real, as a part of their status as female writers. Most insightful and experimental are Woolf's emotional and philosophical views verbalised in Flush's thoughts. As he spends more time with Barrett Browning, Flush becomes emotionally and spiritually connected to the poet and both begin to understand each other despite their language barriers. For Flush smell is poetry, but for Barrett Browning, poetry is impossible without words. In Flush Woolf examines the barriers that exist between woman and animal created by language yet overcome through symbolic actions.

The book, due to its subject matter, has often been considered one of her less serious artistic endeavours, however she uses her distinctive stream of consciousness style to experiment with a non-human perspective.