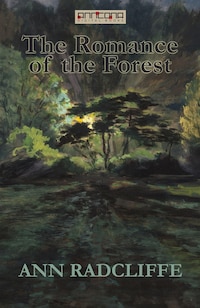 The Romance of the Forest

The Romance of the Forest is a Gothic novel by Ann Radcliffe that was first published in 1791. It combines an air of mystery and suspense with an examination of the tension between hedonism and morality. The novel was her first major, popular success, going through four editions in its first three years. Furthermore, "this novel also established her reputation as the first among her era's writers of romance.

In 1765 Horace Walpole published The Castle of Otranto, widely regarded by modern literary historians to be the first occasion of Gothic fiction. A decade later, Clara Reeve wrote The Old English Baron, the first "Gothic" novel to be penned by a woman, and in 1783 Sophia Lee produced The Recess, a story set in the time of Queen Elizabeth I. These works prefigured much of the material and themes that Radcliffe would synthesise in her novels, most particularly ideas of the supernatural, terror, romance, and history.

Although The Critical Review saw it as her finest work, it is not generally regarded in the same league as The Italian and The Mysteries of Udolpho; however The Romance of the Forest was hugely popular in its day and remains in print after over two hundred years. It is the subject of much critical discussion, particularly in its treatment of femininity and its role and influence in the gothic tradition Radcliffe did so much to invent.

Ann Radcliffe (1764-1823) was an English author and a pioneer of the Gothic novel. Her style is romantic in its vivid descriptions of landscapes and long travel scenes, yet the Gothic element is obvious through her use of the supernatural.

Ann Radcliffe is considered one of the founders of Gothic literature. While there were others that preceded her, Radcliffe was the one that legitimised the genre. Sir Walter Scott called her the "founder of a class or school". Jane Austen parodied Radcliffe's novel The Mysteries of Udolpho in Northanger Abbey.