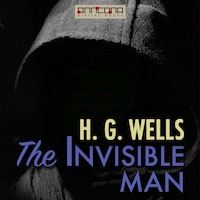 The Invisible Man is a science fiction novel by H. G. Wells, first published in 1897.

The Invisible Man is one of the most famous science fiction novels of all time. It tells the story of a scientist who discovers the secret of invisibility and uses it on himself.

The invisible man of the title is Griffin, a scientist who has devoted himself to research into optics and invents a way to change a body's refractive index to that of air so that it neither absorbs nor reflects light and thus becomes invisible.

The story begins as Griffin, with a bandaged face and a heavy coat and gloves, takes a train to lodge in a country inn whilst he tries to discover the antidote and make himself visible again.

The book inspired several films and is notable for its vivid descriptions of the invisible man--no mean feat, given that you can't see him!